Have You Been Arrested or
Accused of a Crime? Are You Worried How it Will Affect
Your Future?
Contact Us Now For a Free Consultation
Member Of:
Home
Areas of Practice
Criminal Defense
Theft & Financial Charges

If you or a family member is charged with allegedly committing a theft crime in or around Atlanta, it is extremely important to retain the services of an effective, skilled and knowledgeable criminal defense attorney. Why? Because theft crimes are taken seriously in Georgia and are often accompanied by significant penalties, including large monetary penalties and jail time. If you are accused of theft, you need to know your legal rights and viable defenses. The best way to learn about your legal options is to contact Atlanta criminal defense lawyer Thomas C. Nagel. He has been representing clients accused of theft and financial crimes for over 30 years in courtrooms across the Peach State.

In Georgia, there are 18 different theft crimes, each carrying fairly harsh penalties that could derail your future and negatively impact your ability to pursue certain careers, apply to certain educational institutions, etc. The specific statutory provisions governing theft crimes in Georgia can be found in Title 16 of the Georgia Code.

The list below highlights some of the common theft crimes charged by law enforcement in Georgia:

Overview of Theft Laws in Georgia

As you can see by the list above, theft crimes can be committed in various forms. Nevertheless, there is a common issue in these theft crimes - the intent to deprive someone from their personal property. Common examples of theft crimes include:

If you are convicted of a shoplifting offense , it is a misdemeanor when the value of the shoplifted goods are $300 or less. However, a shoplifting offense could be charged as a felony under Georgia Code § 16-8-14 when the value of the shoplifted property is more than $300, or the property is stolen from three separate stores in the same county within a seven-day period, and the property that is the subject of each theft is worth at least $100. 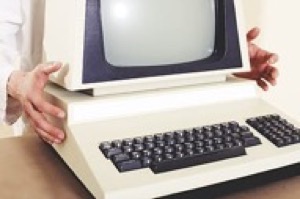 If an individual has a prior shoplifting conviction on their record, the court will likely impose a fine of at least $250. This fine could be levied in combination with a term of imprisonment or in lieu of imprisonment.

If an individual is charged and convicted with a third shoplifting offense, they will likely receive a sentence of imprisonment of at least 30 days, or an alternative sentence of confinement, such as home detention, for a period of 120 days. The court could also consider ordering the individual to undergo a psychological evaluation or treatment.

Whether you are facing misdemeanor or felony theft charges, it is extremely important to take action to protect your rights, which means contacting an experienced and knowledgeable theft defense attorney in Atlanta. When you contact a defense attorney, it provides you the opportunity to discuss your potential legal options and the best path forward.

Overview of Potential Penalties for a Theft Crime Conviction

Depending on the type of theft crime you have been charged with, the potential penalties could fluctuate from a fairly small monetary fine to having to serve years in jail. For example, if you have been charged with allegedly committing a theft of an item valued at less than $1,500 in goods, or in the case of shoplifting less than $500 in goods, you will likely be charged with a misdemeanor. There is typically no considerable amount of jail time associated with a misdemeanor conviction.

In contrast, if you have been charged with allegedly taking property valued at $25,000 or more, you are likely facing a felony offense.

If convicted for a felony theft offense, the potential penalties include a prison term between 2 and 25 years. If the property was valued at over $5,000 but less than $25,000, the potential penalty for a conviction is having to serve between 1 and 2 years in jail. If, on the other hand, the property is valued at more than $1,500 but less than $5,000, a conviction means you could be ordered to serve between 1 and 5 years in prison.

In addition to potential incarceration, some theft crimes (e.g. burglary or home invasion) also carry a fine of up to $100,000, if convicted.

Ultimately, the severity of the penalties are up to the trial judge and they will consider a range of factors when making a decision on the penalties. For example, a defendant's criminal history could affect the severity of punishment. For example, if the defendant has a sterling record and this is their first criminal offense, a judge will likely issue less severe penalties when compared to a defendant who has numerous past criminal convictions. 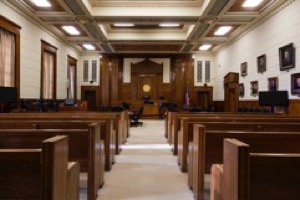 This is why it is critically important to hire a respected and knowledgeable defense attorney who has experience defending people in theft cases. You should make sure to hire the best criminal defense lawyer in Atlanta who will work tirelessly to challenge the government's case and doggedly defend your rights.

Understanding the Legal Elements of a Theft Crime

If you are charged with a theft crime, it is important to understand that the burden is on the government to establish you violated specific elements of a theft crime statute and introduce sufficient evidence to convince a judge or jury that you are guilty beyond a reasonable doubt.

This is why you need to make sure you hire a criminal defense attorney in Atlanta who has a deep grasp of the Georgia criminal code, especially the theft crime statutes.

The most common type of theft crime that is charged by law enforcement in Atlanta involves theft by taking. According to Georgia Code § 16-8-2 , a theft has occurred when a person “unlawfully takes or, being in lawful possession thereof, unlawfully appropriates any property of another with the intention of depriving him of the property, regardless of the manner in which property is taken or appropriated.”

Burden of Proof for Establishing Guilt in a Theft Case

As mentioned, the standard of proof for criminal cases in Georgia is beyond a reasonable doubt. This is the highest standard under Georgia law and the U.S. Constitution. Proof beyond a reasonable doubt can be difficult in cases where the facts are unclear and there is ambiguity regarding intent, what was alleged to have been stolen, and your involvement, if any. In what may seem appear to be a hopeless case, a savvy and seasoned criminal defense attorney will work tirelessly to investigate your case to assess the potential weaknesses or problems with the prosecution’s case.

An element of a theft crime that may be susceptible to raising reasonable doubt is intent. The government needs to establish that you intended to deprive someone from their property. So, if you accidentally took possession of someone's property, but had no intent to actually deprive another person of their property, then you should not be convicted of committing a theft. For example, if you are at a local coffee shop like Hodgepodge or Taproom Coffee and you accidentally take a laptop that you reasonably believed was your own laptop, you did not have the intent to commit a theft.

An Experienced Attorney Can Help Build a Viable Defense

As you can see, developing a persuasive defense focused on the lack of intent to deprive someone of property requires dedicating time and resources to craft that defense. This is where a skilled and experienced Atlanta criminal defense lawyer can make a major impact on whether you are exonerated or convicted of the alleged theft crime.

When it comes to burglary and robbery cases, an important element that can be challenged is identification. Challenging police lineups is a strategy to weaken the government's case. In addition to identification issues, there is other evidence such as physical evidence, circumstantial evidence, and direct evidence that need to be assessed and evaluated to determine whether they can even be admitted to court. If an attorney can attack the weakness of that evidence, that evidence can be excluded from trial.

Theft Crime Conviction Can Haunt You for Years

Having a theft crime conviction on your record carries significant, long-term ramifications that may wind up haunting you for years down the road. For example, having a criminal conviction on your record may wind up prohibiting you from serving in the military, applying to certain educational institutions, pursing certain career fields and professional licensure, etc. For these reasons, it is important that if accused of theft that you do everything you can to fight the charge immediately with the help of a theft lawyer in Atlanta.

As you can see, if you have been charged with a theft crime, now is not the time to sit on the fence and do nothing. Now is the time for action. One of the best actions you can take is contacting an experienced criminal defense lawyer in Atlanta with significant experience defending with these types of cases.

Hiring an experienced criminal defense attorney offers the best opportunity to minimize the impact the theft charge, or charges. Whether you are charged with something deemed relatively small like shoplifting, or something more serious like armed robbery, an attorney can help.

Though, it is important to understand that not every lawyer is well versed in criminal defense. You should make sure you hire the best Atlanta theft lawyer who has experience with these cases and knows the courthouses, judges, and prosecutors in Atlanta.

Contact an Experienced and Skilled Criminal Defense Lawyer in Atlanta

If you are interested in a private and confidential case review, contact Thomas C. Nagel today . Regardless of how bad you think your case is, before you face the judge, reach out to Thomas C. Nagel, Attorney at Law today at 404-255-1600 to arrange your free consultation.