Have You Been Arrested or
Accused of a Crime? Are You Worried How it Will Affect
Your Future?
Contact Us Now For a Free Consultation
Member Of:

Have You Been Arrested or Accused of a Crime?
Are You Worried How it Will Affect Your Future? 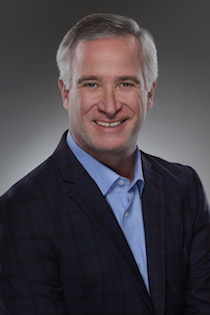 If you have been arrested, detained, or questioned, or even if you suspect that you may be the subject of a police investigation, you need to contact an experienced attorney right away. Time is of the essence in establishing a successful defense to criminal charges. Thomas C. Nagel, Attorney at Law knows how valuable your rights and freedoms are, and he will act swiftly to limit the impact of any potential charges against you.

Our office will provide you with superior service, making ourselves available to you day and night, advising you of your options, and answering any questions that you have. Preparation and a thorough investigation are key in every criminal case, and we will leave no stone unturned in preparing your defense. In court, Mr. Nagel is an aggressive advocate on behalf of his clients. Armed with thousands of hours of experience in courtrooms throughout Georgia, Mr. Nagel understands the subtleties of dealing with local judges, negotiating with prosecutors, and finding weaknesses in the State’s case against you.

Crimes in Georgia must be established beyond a reasonable doubt. They can be charged as misdemeanors or felonies. The defenses that may be appropriate to raise depend on the charge, as well as the circumstances. It is important to retain an experienced criminal lawyer in the Atlanta area to mount the strongest possible defense against the prosecutor’s case. Many defenses are procedural. For example, if you were pulled over without a reasonable suspicion and arrested for drunk driving, it may be possible to defeat the charge by bringing a motion to suppress the evidence obtained during the illegal stop. There are also defenses that are specific to certain types of crimes, such as violent crimes. In Georgia, there is a stand your ground law. This is a law under which someone who is being threatened by another person does not have a duty to retreat before employing force against the aggressor. The use of force is justified if a person reasonably believes that force is needed to protect them.

You can be charged with a per se DUI if a chemical test shows that you had a BAC of .08% or greater within three hours of driving a car. You also can be charged with a DUI if an officer determines that you are under the influence of alcohol or drugs. Under O.C.G.A. section 40-6-391(a)(1), you cannot drive or be in actual physical control of a moving vehicle while under the influence of alcohol to the extent that it is less safe for you to drive. In Georgia, this type of DUI is sometimes known as DUI less safe. If you have been arrested for a DUI, you have only 10 days from the arrest date to ask for a hearing to retain your driving privileges or license. This makes it critical to retain an Atlanta criminal lawyer immediately.

Under O.C.G.A. section 16-3-1, a child can be found guilty of a crime if they were at least 13 years old at the time of the negligence, omission, or act that constituted the crime. We can represent your child in Juvenile Court or in Superior Court. Juvenile Court hears most cases involving children under 17, but there are two situations in which a child under 17 can be tried as an adult in Superior Court. The Superior Court has exclusive original jurisdiction over the trial of a child who allegedly has perpetrated murder, murder in the second degree, rape, armed robbery with a firearm, voluntary manslaughter, aggravated child molestation, aggravated sodomy, or aggravated sexual battery. The Superior Court also may claim jurisdiction over a child when a prosecutor asks for a discretionary transfer away from Juvenile Court to Superior Court.

Theft crimes may be charged as felonies or misdemeanors. When a theft crime involves property that is worth more than $500, the crime may be punished as a felony. When a theft crime is classified as a felony, you can face a prison sentence of 1-10 years. There are also other circumstances in which theft can be charged as a felony. When a theft crime involves property worth $500 or less, the crime usually will be punished as a misdemeanor. The penalty for a misdemeanor is a fine of up to $1,000 and a sentence of imprisonment for up to 12 months. Atlanta criminal attorney Thomas C. Nagel has represented many people charged with shoplifting. Under Georgia law, shoplifting occurs if someone takes merchandise without paying for it, with the intent of depriving the owner of its value or misappropriating it. First-time shoplifting is a misdemeanor if the defendant took merchandise worth $500 or less.

In Georgia, drugs are divided into five schedules. Schedule I drugs do not have an accepted medical use, and they also have a high potential for abuse. Schedule V drugs are those with the lowest possibility of abuse, a limited possibility of dependence, and medical uses that are accepted. If you are convicted of possessing a Schedule I or Schedule II drug, you can face 2-15 years in prison. Less harsh penalties apply to Schedule III, Schedule IV, or Schedule V drugs. In many cases, a defense attorney may be able to defeat a drug charge on constitutional grounds. This involves arguing that law enforcement did not have a proper basis to seize the drugs, so they should not be admitted into evidence.

If you have been ticketed for a traffic offense, you may want to consider contesting your case and pursuing a dismissal or a reduction or mitigation of penalties. Even if the penalties seem relatively minor, tickets can lead to points on your license, which in turn can jeopardize your ability to drive. Certain serious traffic offenses may lead to harsh consequences. These include reckless driving, serious injury by vehicle, fleeing or trying to elude police officers, and homicide by interference with an official traffic-control device. Mr. Nagel has represented clients charged with traffic violations for more than 25 years. He can help clients get their driver’s license or privileges restored.

Consult a Dedicated Criminal Attorney in the Atlanta Area

Thomas C. Nagel serves people throughout the state of Georgia. He is “AV”-rated by his peers according to Martindale-Hubbell, and he has substantial experience in defending a wide range of criminal charges. You should not go it alone. Your freedom, your driving privileges, and your future are too important to leave to chance. Tom Nagel offers free, confidential initial consultations. It is important to act promptly to preserve your rights, so contact us online or call us at 404-255-1600 today.

Learn More
Atlanta Criminal Lawyer Blog
Practice Areas
Tweets by esqtom
Client Reviews
★★★★★
"Dear Tom, I just wanted to thank you again for everything. You saved my life. I’m so glad I picked you. What were the odds? I don’t know how you pulled it off. If I run across anybody that needs legal advice I will definitely recommend you. My life is back to normal thanks to you. I know it could’ve been much worse. Thanks Again!" E.G.
View More
Submit a Law Firm Client Review
Contact Us