Have You Been Arrested or
Accused of a Crime? Are You Worried How it Will Affect
Your Future?
Contact Us Now For a Free Consultation
Member Of:
Home
Areas of Practice
Juvenile Defense

It is a nightmare scenario many parents in and around Atlanta are forced to confront - their child has been charged with a serious criminal offense. Learning of this news is often traumatic and overwhelming. You realize that your child is now in a precarious situation with their future is in doubt. You may also be struggling with the notion that you failed as a parent. Do not fall into this psychological trap. Instead, be proactive and taken swift action to help protect the rights of your child. One of the most important steps you can take is by hiring a skilled and experienced juvenile defense lawyer in Atlanta.

Overview of the Juvenile Justice System in Georgia

Many parents are surprised to discover how different the Georgia juvenile justice system is compared to the criminal justice system you may have seen on popular television shows like “Boston Legal” or “Law & Order.” The unique aspects of the juvenile justice system is an important consideration when deciding which Atlanta criminal defense lawyer is best to represent your child. Why? Because not every attorney is familiar or well versed with the laws and regulations governing cases where the defendant is a juvenile. This is why you need to make sure you hire the best juvenile defense lawyer in Atlanta to advocate on behalf of your child. 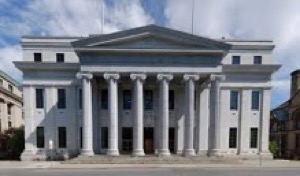 One of the most unique aspects of the juvenile justice system in Georgia is that juvenile proceedings take place in closed courtrooms. Another fairly novel aspect of a juvenile case is that your child is not entitled to a jury trial. In most juvenile criminal cases, a judge is empowered to make a determination on your child’s guilt or innocence. Another unique feature of juvenile justice proceedings is that your child is generally not entitled to bail, which means whatever sentence the judge hands down will likely be served in a juvenile correctional facility. This is a big reason why it is so important to have the best juvenile defense attorney in Atlanta working on your child’s case and doing all they can to avoid a conviction.

One of the first questions that will likely be asked by your child’s defense attorney is how old they were when the alleged offense took place. This is important because the age of your child can directly impact the legal proceedings your child could be subjected to. For example:

If your child is charged with a traffic offense in or around Atlanta, it is important to hire one of the best juvenile defense lawyers in Atlanta to help protect your child's rights. When a juvenile is charged with a traffic violation, such as a speeding ticket, running a red light, etc. the case will be referred to juvenile court. Your child will be required to appear in court with a parent to address the charges. This is why it is so important for your child to have effective representation provided by an experienced and knowledgeable juvenile court defense lawyer. A seasoned attorney can make a significant difference in the end result of your child's traffic case. 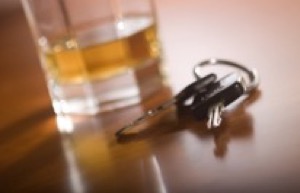 If you child is charged with drunk driving, it is imperative to retain the best legal counsel possible to protect their legal rights. In Georgia, getting charged with a DUI is extremely serious. For example, a DUI conviction is a misdemeanor punishable by up to a $1,000.00 fine and having to serve up to one year in jail.

In addition to large fines and jail time, there are many other mandatory penalties associated with a DUI conviction, including:

When you hire Atlanta juvenile defense attorney Thomas C. Nagel to defend your child in a DUI case, you can be rest assured that Mr. Nagel will negotiate the best possible terms in your child's case. He possesses thousands of hours of courtroom experience that will be fully utilized in working out a solution to the legal problems your child faces.

In Georgia, the accumulation of points on your driving record from traffic violations carry significant ramifications. For example, when a motorist accumulates 15 points on their driving record within two years, the Department of Drivers Services will suspend their driving privileges. However, the law is different, and surprisingly harsher, for drivers who are 21 years of age or younger. For example, if a motorist is under the age of 18, the accumulation of four points on their driving record will result in an automatic suspension of their driver's license. This any combination of two 2-point offenses will likely lead to a suspension of your child's driving privileges. This is why it is extremely important to retain the best juvenile defense attorney in Atlanta to help your child with their traffic citation case. Thomas C. Nagel has successfully defended traffic violations on behalf of adults and minors throughout Atlanta for over 30 years.

Situations Where Juveniles Can Be Charged as Adults

If your child is being prosecuted as an adult, it is critically important to retain the best juvenile criminal defense lawyer in Atlanta to handle your child’s case. If you have a knowledgeable and respected attorney working on your child’s defense, they will likely have the skills and resources to build a defense that could help convince a judge that your child is innocent or, at the very least, consider a lesser sentence such as community service, counseling, etc.

In Georgia, it is possible for a child to be charged with virtually any crime that an adult can be charged with. Nevertheless, some of the most common criminal offenses brought against juveniles include:

Here are some common reasons why you should hire an experienced and knowledgeable juvenile defense lawyer in Atlanta to advocate on your child’s behalf:

When you hire a respected and skilled defense lawyer to represent your child, one of the first steps they will take is conducting an in-depth review of the actions taken by law enforcement during your child’s arrest. This review is extremely important because if there is evidence that police violated the rights of your child, it could serve as a basis for getting the case dismissed entirely, or creating a catalyst for negotiating a reduced offense. For example, evidence of a procedural violation could result in certain types of evidence being deemed inadmissible in court.

Examples of violations that may be committed by law enforcement during an arrest include:

Effective Advocacy at the Disposition Hearing

In most disposition hearings, a judge will be empowered to make a determination on the guilt or innocence of your child. The terms of the disposition will be influenced on a multitude of factors and issues, including:

A respected and skilled juvenile defense attorney will work tirelessly to build a case that persuades the judge to find in favor of your child and, hopefully, avoid harsh legal and financial penalties related to the alleged criminal offense.

Ability to Negotiate for Diversion Programs

Diversion programs typically involve a parent's participation in resolving the criminal case. Though, it is important to note that not all criminal offenses qualify for diversion. Most cases involve misdemeanors and less serious felony crimes.

An experienced and skilled juvenile defense lawyer can help negotiate your child's diversion program there the matter is monitored by a probation officer who ensures your child is abiding by an agreement established through the diversion program.

Criminal Convictions, Even for Juveniles, Are Not Sealed Automatically

Some people mistakenly believe that a juvenile criminal conviction is automatically sealed and will stay sealed for the foreseeable future after the minor reaches the age of 18. This is not true. There are a number of proactive steps that must be taken to protect your child’s privacy and prevent inadvertent disclosure of this information. For example, if a parent wishes to permanently seal their child’s juvenile delinquency record, or records, they need to take legal action and affirmatively request a seal.

The sealing of juvenile criminal records is a multi-step process and there are numerous documents that need to be completed and submitted to the court for a sealing request to be approved.

If you would like to petition the court to seal your child’s past criminal records, your child must have been between the ages of 10 and 17 years when the arrest occurred. This age range applies to records involving Class A or B misdemeanor charges and/or felony charges.

It is important to note that if your child’s case was not adjudicated, there is no waiting period before a sealing order can be approved. In fact, in this scenario, a parent (or your child’s defense attorney) can file a formal petition with the Court to have their child’s arrest records sealed immediately. In contrast, if the court determined that your child did in fact engage in delinquent conduct, you will need to wait at least two years after a sealing order can be pursued. In addition, your child must have no other criminal charges on their record.

It is also worth noting that not all juvenile criminal records are eligible to be sealed. For example, if a court determined that your child committed an aggravated felony or sex offense - or has multiple legal offenses on their record - then they may very well be unable to have their records sealed. 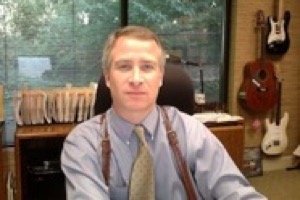 As you can see, if your child is facing juvenile charges for any criminal offense, it is extremely important to be proactive and take swift action to protect your child’s rights. This is why you should contact Atlanta juvenile defense lawyer Thomas C. Nagel sooner rather than later. For more than 30 years, Mr. Nagel has defended children accused of crimes in courtrooms throughout the Peach State.

In many instances, Mr. Nagel can work to resolve your child’s criminal case without the need for a formal hearing. For example, a resolution could be achieved through mediation, an out-of-court option where all relevant parties work to achieve a specific outcome, including an end to the Juvenile Court proceeding. Mr. Nagel has helped children in both mediations and court proceedings throughout the Metro Atlanta region, including Fulton County, Cobb County, Dekalb County and Gwinnett County.

With the right legal team on your child’s side, it will be possible to effectively navigate the complex and challenging juvenile justice system in Georgia. The primary goal that Mr. Nagel strives for is to reduce any penalties or get the criminal charges dismissed entirely.

If your child has been charged with a criminal offense, take action by contacting Thomas C. Nagel at 404-255-1600.