Have You Been Arrested or
Accused of a Crime? Are You Worried How it Will Affect
Your Future?
Contact Us Now For a Free Consultation
Member Of:
Home
Areas of Practice
DUI

It is an all-too-common scenario – a motorist is traveling on Interstate 285 on their way to Center Ice Arena or Allen Park near Atlanta when, out of nowhere, a set of blue lights start to flash and the motorist is being pulled over by an officer with the Georgia State Patrol.

Unfortunately, in many instances, this scenario results in the motorist being placed in handcuffs, their person and vehicle searched by law enforcement, and confronted with significant DUI charges.

This is, quite understandably, an extremely traumatic and stressful experience. In fact, many motorists find themselves at a low point in life when they are arrested and charged with a DUI.

You Have Rights That Need to Be Protected 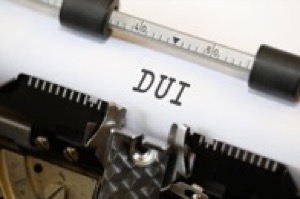 If you have been charged with a DUI in or around Atlanta, now is not the time to wallow in despair. Now is the time for action to ensure your rights are protected. One of the best ways to protect your rights, is to contact an experienced and knowledgeable Atlanta DUI defense lawyer. Why? Because a lawyer can advise of your legal options and the immediate actions that need to be taken to preserve your driving privileges. For example, a motorist typically only has ten days from the date of the arrest to request a formal hearing in order to try and prevent their driver's license from being suspended. This is critically important for anyone who needs access to a vehicle to get to-and-from work, school, etc.

The swift turnaround to request a hearing is known as the "30 day rule" and you would be surprised by the number of motorists who neglect this rule (oftentimes because they did not speak to a DUI defense attorney) and discover their driving privileges are suspended until their DUI case is resolved.

Overview of the 30 Day Rule for DUI Charges

When you have an experienced and knowledgeable Atlanta DUI defense lawyer on your side, they can help guide you through the procedural hurdles associated with the 30 day rule. For example, the rule applies in the following scenarios:

You did not agree to take a state administered chemical test of your Blood, Breath or Urine when you were pulled over or while at the local jail;

You agreed to take a chemical test and the results showed an alcohol concentration of 0.08 or higher;

You are younger than 21 years of age and a chemical test showed an alcohol concentration of 0.02 or higher; and/or

You were operating a moving commercial motor vehicle and the chemical test results indicated an alcohol concentration of 0.04 or higher.

In order to formally request a hearing (formally known as an Administrative License Suspension Hearing), you will need to pay a $150 filing fee to the Georgia Department of Driver Services. It is important to understand that this hearing is actually a separate case from the DUI charges. Once a hearing is requested, your Atlanta DUI defense attorney can request a DDS 1205 form from law enforcement which can be used as a temporary 30-day driving permit. In some cases, you may not get a temporary permit. If the hearing does not occur within 30 days, your attorney can request an extension of the driving permit.

As you can see, having a knowledgeable and seasoned drunk driving defense attorney can make a positive impact on your well-being, and ability to continue to work and provide for your family, in the immediate aftermath of a DUI charge.

DUI Conviction Can Haunt You for the Rest of Your Life

If you are convicted of a DUI in Atlanta, your life will be impacted and the conviction could haunt you for years, or even for the rest of your life. This is because a drunk driving conviction can limit your future employment options, limit your ability to serve in the military, limit your ability to get accepted to certain educational institutions, etc. This is why you need the best DUI defense lawyer in Atlanta, not just a good DUI lawyer.

The specific statutory provisions governing DUI charges and penalties can be found in O.C.G.A. § 40-6-391. For first-time offenders, do not expect to walk away with a slap on the wrist. The Georgia legislature enacted a series of fairly harsh penalties, including Atlanta motorists who are convicted of their first DUI. For example, there is a statute establishing that DUI convictions remain on your record for the rest of your life. The conviction cannot be expunged, or removed, even if you never get another traffic citation. Other serious penalties for first-time DUI offenders include:

If a motorist is convicted of a DUI in Atlanta, it is quite common for that motorist to wind up paying an arm and a leg for auto insurance. This is because an insurance company will likely increase your premiums in order to continue coverage (because they deem you to be high risk). A DUI conviction can even impact your ability to obtain other forms of insurance, such as life and/or disability insurance.

We've discussed the potential penalties associated with a first-time DUI conviction. Unfortunately, the penalties only get worse if you are charged with a DUI when you already have a drunk driving conviction, or convictions, on your record.

The potential penalties for someone convicted of a second DUI include:

If you have three DUI convictions on your record and are convicted of a fourth DUI, you are looking at a felony conviction, which is extremely serious and carries some of the harshest penalties. For example, a DUI felony conviction means you will likely be ordered to serve between one and five years in prison, in addition to having your driver's license suspended for up to 10 years, and the unfortunate status of being a convicted felon, which will almost assuredly impact your employment, your ability to obtain certain professional licensure, among a host of other negative implications of being a convicted felon.

If you were involved in a car accident where someone lost their life and law enforcement suspect you were drinking and driving, there is a possibility you could be charged with DUI manslaughter. In Georgia, homicide by automobile is defined in O.C.G.A § 40-6-393. This is considered to be one of the most serious criminal offenses under Georgia law. Why? Because a DUI manslaughter conviction is treated as a first-degree felony, which is punishable by having to serve between 3 and 15 years in jail. If you have any prior criminal violations on your record, you run the risk of being sentenced to up to 20 years in prison. In addition to potentially spending years in jail, you could also be ordered to pay thousands of dollars in fines, along with a long-term suspension of your driver's license. There is no doubt that a DUI manslaughter conviction can dramatically impact your life and may result in the loss of your freedom. Do not face these serious criminal charges alone. Contact an experienced and tenacious Atlanta DUI defense lawyer who is ready to fight for you.

As you can see, a DUI conviction carries significant ramifications that will likely impact various aspects of your life, including your personal freedom, your career options, and your finances. This is why you need to do all you can to avoid a conviction. This is not the time for complacency. This is the time for action, including hiring one of the best DUI defense lawyers in Atlanta to be your advocate. You should make sure to hire a DUI defense attorney who has significant experience defending clients charged with DUI offenses in multiple municipal courts and county courts across the Peach State, including:

How an Atlanta Drunk Driving Defense Attorney Can Help You

When you hire a top-notch drunk driving defense attorney, expect a thorough and detailed investigation into why you were pulled over by state police, how you were pulled over, the questions you were asked, the results of any blood or chemical testing, whether your Miranda Rights were provided to you, along with a myriad of other important procedural issues. This analysis is critically important since it is possible to weaken, or even invalidate, DUI charges if a procedural violation, or violations, occurred. For example, if the police officer lacked the sufficient probable cause to pull you over, this procedural violation could negate the officer's decision to charge you with a DUI.

If there is evidence that your rights were violated by law enforcement, your DUI defense attorney will work tirelessly on your behalf by filing a motion, or motions, seeking to suppress improperly obtained evidence. A motion to suppress is a formal challenge to the evidence in your DUI case.

When a motion to suppress is filed by your attorney, a hearing will be held before a judge to decide whether to grant or deny the motion.

Other potential defenses that can be asserted by your attorney include:

When charged with a criminal offense like a DUI, you have the right to a trial by judge (bench trial) or by jury. In Atlanta Municipal Court, the court only has jurisdiction to hold bench trials. If you want a jury trial, it will likely take place in the Fulton County State Court. It is important to note that you have an absolute right to a trial by jury, which means the government is unable to object to your motion to send the case to State Court for a jury trial.

If your DUI case goes to trial, it is important to understand that the government has the legal burden to establish its case beyond all reasonable doubt. This is a high standard and absolutely appropriate since you are presumed innocent until proven guilty.

During a DUI trial, the government will make arguments, along with your defense attorney. If you have one of the best DUI defense lawyers in Atlanta representing you, they will work tirelessly to build a compelling and persuasive case to present to a jury.

If you are in need of a skilled and experienced Atlanta DUI defense lawyer, contact Thomas C. Nagel today. He has been serving clients in Atlanta and the entire state of Georgia for more than three decades. Mr. Nagel is highly rated by his peers and has a track record of effectively representing clients in courtrooms across the Peach State. When facing serious DUI charges, your first call needs to be to Thomas C. Nagel, Attorney at Law.