Have You Been Arrested or
Accused of a Crime? Are You Worried How it Will Affect
Your Future?
Contact Us Now For a Free Consultation
Member Of:
Home
Areas of Practice
Criminal Defense
Drug Charges

If you or a loved one was charged with allegedly possessing drugs or trafficking drugs, it is critically important to retain the services of an experienced and effective criminal defense attorney in Atlanta. You also need to make sure that you do not hire just any general practitioner. You owe it to yourself to hire the best drug crime defense lawyer in Atlanta to protect your rights and your personal freedom. A drug conviction is no joke and can severely impact your life, both in the immediate and long-term future.

Many people are surprised to learn that being convicted of a drug crime in Georgia means your driver's license will be suspended if you are charged with felony possession in the commission of which a motor vehicle was used. If this is your first conviction, there is a mandatory twelve month license suspension. A subsequent conviction will result in the loss of your driver's license for three years. A third or subsequent drug possession conviction will result in revocation of your license.

In Georgia, a "schedule" of drugs was created to establish an organized hierarchy that can be used by law enforcement to assess what charges should be levied against individual allegedly in possession of certain types of drugs. Here is an overview of that schedule: 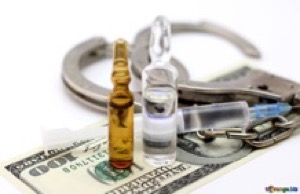 In regards to possession of non-TCH oil forms of marijuana, as it stands today, the potential penalties for marijuana possession in Georgia are as follows:

When it comes to cocaine, there is no ambiguity about possession – it is against the law. The sale of cocaine is a felony offense in Georgia. If convicted, you could be ordered to serve between 5 and 30 years in prison. However, if you are a first-time offender, your prison sentence may not be as long. Nevertheless, you would still be required to serve a minimum one-year prison term.

If you are charged with selling cocaine (or any illicit narcotic) within a school zone or while a child is present during the transaction, the penalties only escalate. 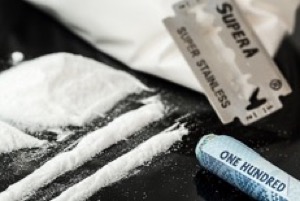 When you retain the services of an experienced drug possession defense lawyer in Atlanta, they may bring up the option of seeking a resolution through an "accountability court" if you are a first-time offender. These courts were established to help ease the burden on the judicial and criminal justice system with a focus on helping drug addicts achieve recovery. Georgia's accountability courts routinely offer drug abatement programs such as counseling in lieu of harsher forms of punishment for first-time drug offenders and are located in some but not all Georgia counties.

Drug trafficking can be a state or federal crime (or both). It is also a serious felony offense that, if convicted, could result in you having to serve years in prison and pay thousands of dollars in fines. The punishment for drug trafficking can vary widely depending on several factors including:

It is also important to understand that if you are found to be in possession of drugs, you could still be charged with drug trafficking if law enforcement reasonably believe that you intended to sell the drugs to others. Additionally, drug distribution or trafficking laws apply to the illegal distribution of prescription drugs (e.g., OxyContin, Fentanyl, etc.).

Potential Defenses That Can Be Raised to Challenge Drug Possession Charges

If you or a loved one is charged with possession of drugs, either for personal use or with the intent to sell, now is not the time to throw your hands up in despair. Now is the time to take action to protect your rights and your personal freedom. One of the best actions you can take is contacting a respected and experienced Atlanta drug crime defense attorney. When you hire an attorney, they can help determine what defenses could potentially apply to your particular case. Here are some examples of potential defenses that could be raised in your drug case:

The Fourth Amendment to the United States Constitution ensures that every citizen has the right to due process of law. This includes not being subjected to an unlawful search of your premises and belongings, in addition to illegal seizure of your personal item. The issues related to searches and seizures often arise in drug possession and distribution cases.

If your Fourth Amendment rights were violated, evidence related to drugs obtained by police through the unlawful search and seizure may not be used at your criminal trial. If the evidence is not allowed, then it is quite common for the government to drop the charges entirely.

The Identified Drugs Belonged to Another Individual

If you had no idea that drugs were in your home and they were not in your possession, it may be possible to raise this defense. An effective drug crime defense attorney will challenge the government's assertion that you owned the drugs and make the prosecutors prove that the identified drugs found in your automobile or home actually belonged to you and not someone else.

This is a viable defense when the alleged drugs that were identified turn out not to be illegal narcotics or other forms of drugs. It is important to understand that the government carries the burden of proving that a seized substance is in fact an illicit drug. This is established by a crime lab analysis. The results of that analysis must then be submitted to the court as evidence and the crime lab analyst must then testify at your trial in order for the government to make its case.

This is a challenging defense to actually prove, but it still warrants investigation. Your Atlanta drug crime defense attorney has the ability to file a motion that, if granted by the judge, would require the police department to release a copy of the complaint file of the given police officer. This file is important because it contains the names and contact of information of associated with the investigation who can then be interviewed by your lawyer or a member of their legal team.

Entrapment occurs when a police officer, or government informant, induces an individual to commit a crime they otherwise would not have committed. For example, if an informant pressured you into passing drugs to another party, this could be considered a form of entrapment.

As you can see, being charged with a drug crime does not automatically mean you are guilty of the alleged drug crime. You can fight the charges and raise important issues that call into question the government's case against you. One of the best ways to protect your rights is by contacting Atlanta drug crime defense attorney Thomas C. Nagel. He offers private and confidential consultations to all prospective clients and has over 30 years of experience defending clients in drug offense cases. Contact his office today to learn more.